Most carburising furnace users know the importance of burning off (or purging) the oxygen probe. This ensures that soot doesn’t build up between the ceramic and steel tubes which can have a drastic affect on the lifetime of the sensor. However, it is not well understood that there are good burn offs and bad burn offs, and a bad burn off can actually reduce the lifetime of a sensor. This is why key metrics should be measured during the burn off process (see more in my blog post from 2017: www.supersystemseurope.com/benefits-oxygen-probe-maintenance).

This simple test showed that the fan is preventing the burn-off air from travelling all the way to the tip of the sensor. If the air was travelling all the way, as in the second example, we would see a far lower mV due to the inverse relationship between mV and oxygen. In this case, the oxygen probe was installed in the roof of the furnace, in close proximity to the fan. The user might consider trying a different spot in the furnace for the oxygen probe, or even temporarily automatically inhibiting the agitation fan during burn off (for a short time only). This could end up drastically improving the life and performance of the oxygen probe. 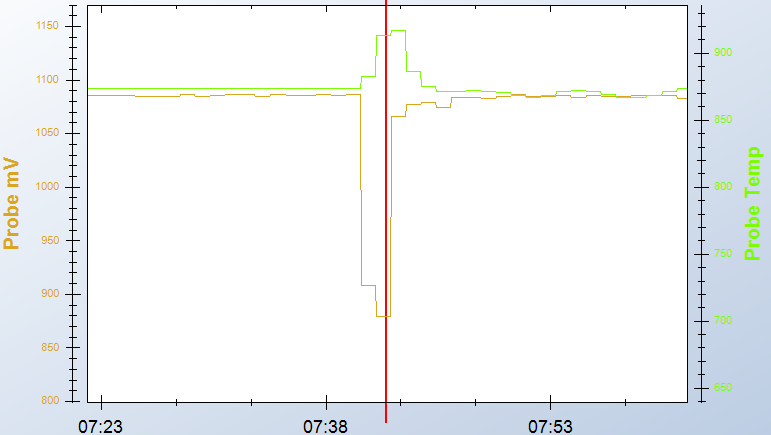 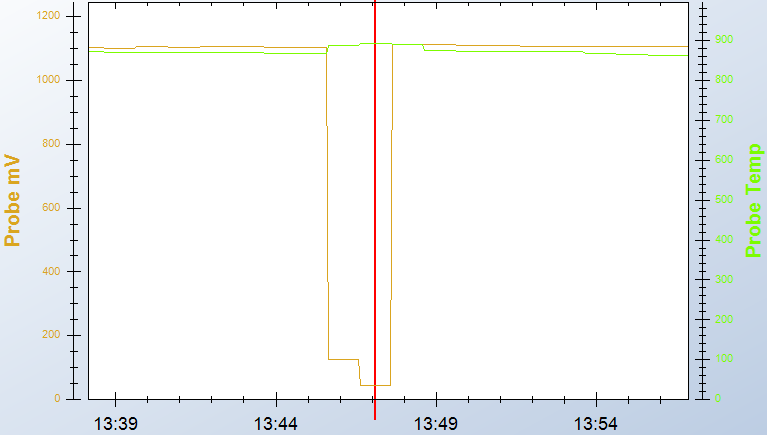